Skip to content
Is an MRI a good idea for Back Pain Sufferers? 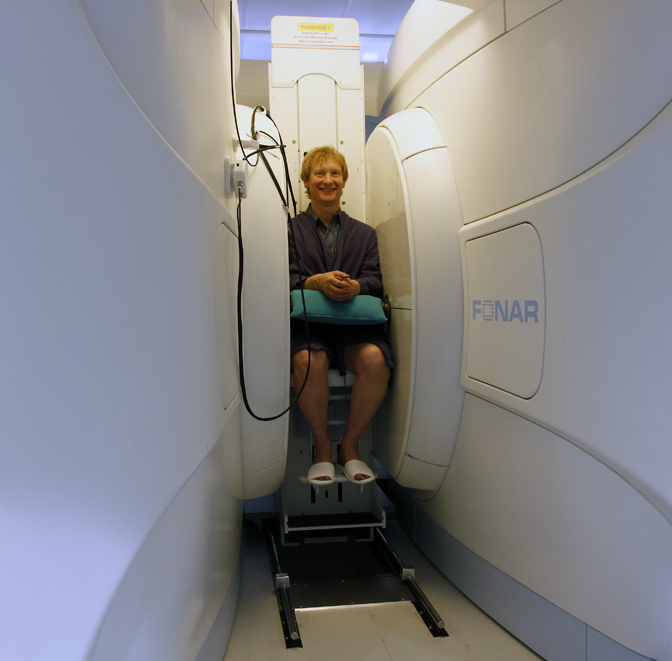 Is an MRI a good idea for Back Pain Sufferers?

On May 19th and 20th I exhibited at the Back Pain Show in Birmingham. There were many talks and I attended an excellent one given by Professor Jeremy Fairbank who was asking if having an MRI scan is a good idea for back pain sufferers.

My first thought was well it must be a good thing to find out as much as you can about your pain. I quickly learnt it is not a simple as that!

First of all having an MRI can be pretty traumatic for the 20% of the population who are claustrophobic as you need to keep still for up to half an hour in a small tube. There are a few upright MRI scanners in the UK which are a much less scary and there is a video of me in one here.

Last year the NHS carried out 500, 000 lumbar spine scans. About 1% of these found something very serious that was causing the pain such as a cancer tumour, a fracture or joint inflammation. Once found the best treatment option can be decided on.

However many scans do not show an obvious reason for back pain and many also show things that could cause pain but actually do not. The radiologist's report on the scan can be very alarming to those who are not used to reading such things. It made me think of a house survey where the surveyor mentions every possible thing that might be wrong with the property you are about to buy. If people followed these no one would ever buy a house. In the same way the radiologist sometimes lists everything he sees that is not perfect. Virtually nobody has a perfect spine or discs and discovering the faults in yours can be alarming to the point it may have a physchological affect and increase the pain you feel or cause you to feel pain where you didn't before.

So it seems there is not a simple answer to the question if an MRI is a good idea or not for a back pain sufferer. However for those 1% that it finds something serious then it obviously worthwhile and could even be a life saver.

There is currently research happening where the skilled and time time consuming process of analysing MRI scans is being carried out by machine. In the future this may lead to a scan that can look for the serious concerns in the first part and if found carry on to do a more detailed scan. This could possibly speed up the whole process so allow for more scans to be done or mean that the unpleasant process of keeping still in the scanner can be kept to a minimum.

Thanks to Professor Fairbank for talking at the Back Pain Show. He covered much more in his talk and I have tried to pick out some of the points that struck a chord with me so apologies for any omissions.

I mentioned that I previously had an upright MRI and the photo below shows me in the scanner and there is a also a picture of my spine.

It was at Medserena where Professor Francis Smith is the clinical director and he hosted a round table discussion on methods of diagnosing and treating back pain which is linked to below.