Skip to content
A Productive, Healthy and Effective Office 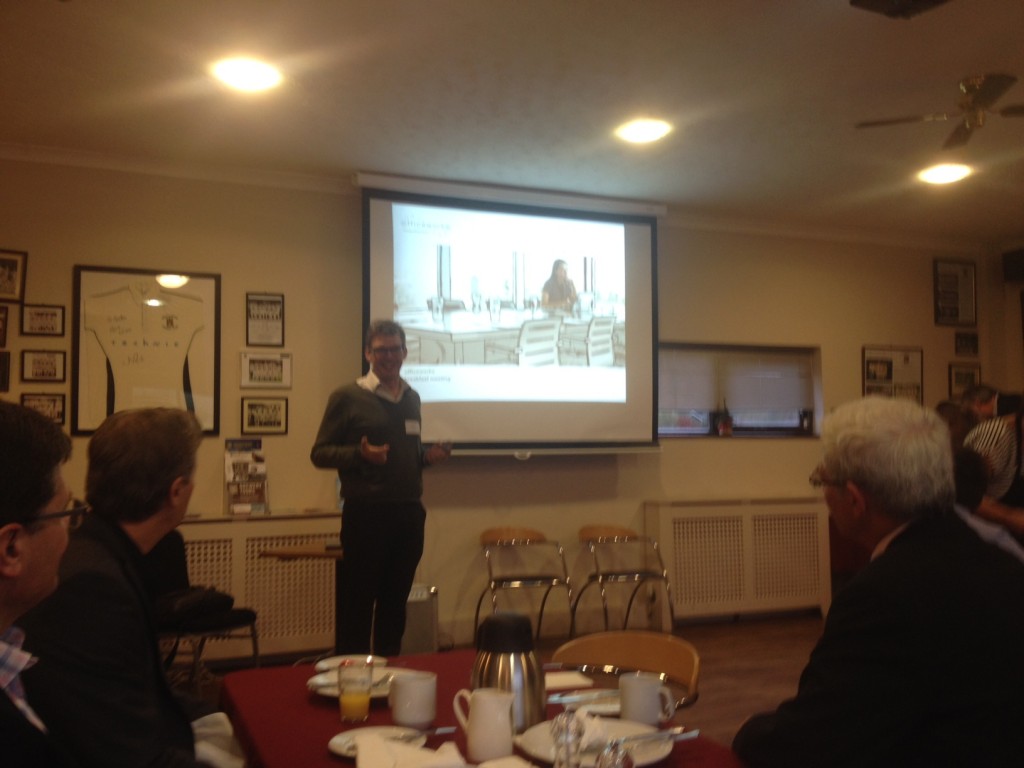 A Productive, Healthy and Effective Office

I always knew there was no such thing as a free lunch but yesterday I was treated to a free breakfast. That was good but it got better as Tim Hanwell and Craig Phillipson of Officeworks hosted what turned out to be a vibrant sharing of their knowledge on what makes a productive, healthy and effective working environment.

There was plenty of discussion and debate and I won’t try and summarise all that happened but I will pick on a couple of points that were raised.

Craig spoke about ‘activity based design’ where staff performing different functions may have different requirements. At its most basic the accountant is likely to find it easier to have an assigned space as they will be in the office more often than, say, the sales team. All functions might need some collaborative space at some time and if there is space, recreational facilities can be useful.

Craig pointed out that using the fact that not everyone needing a desk at the same time being used as an excuse to use less space rather than being part of a creative solution is likely not to work. Hence I think he is wary of facility managers cramming more people into an office using the idea of designing a new workplace as a bit of a cover.

Different sorts of people work in different ways and want their office space to reflect that. What was interesting is that this is more complex than being based on age with Generation Y being plugged into their technology etc. It is more to do with the ‘state of mind’ and some older people who no longer have the responsibilities of children and parents to look after act a bit more like the 20 somethings.

Nigel Oseland of Workplace Unlimited spoke about noise in the workplace. I hadn’t considered this much before but apparently it is the greatest cause of complaint when office base workers are questioned about what distracts them. The difficult thing is that it can be rather subjective depending on the sort of person we are and extroverts can be worried less than those who are less outgoing.

The overall impression that I came away with was that good, creative office design really works. There were examples given that showed large savings made generated from higher levels of staff productivity, health, happiness, engagement etc. National Grid has made investments in their working environment and say the return on greater staff productivity is worth millions. It is well known that Google have offices and an approach that are different to the norm. In one year they held 18k group exercise events, they provide free food and it isn’t all salad either! You can get stuff that is not so good for you but it is labelled with a traffic light approach such that fruit is green and ice cream is red. In another twist they purposefully have fewer chairs in the canteen than they really need so there is a greater chance of having to sit next to a colleague who you don’t know – at least you didn’t until you were forced to sit next to them.

If you want to find out more Officeworks' contact details are:-